We’re on the other side. Life is back to “normal”. As normal as it gets for us, anyway.

The six-month follow-up appointment is well behind us. Our surgeon who guided us through for over a year has moved and it all seems a distant memory and like yesterday.

Series of X-rays to monitor progression come down to these before and after pictures of Joshua’s back. 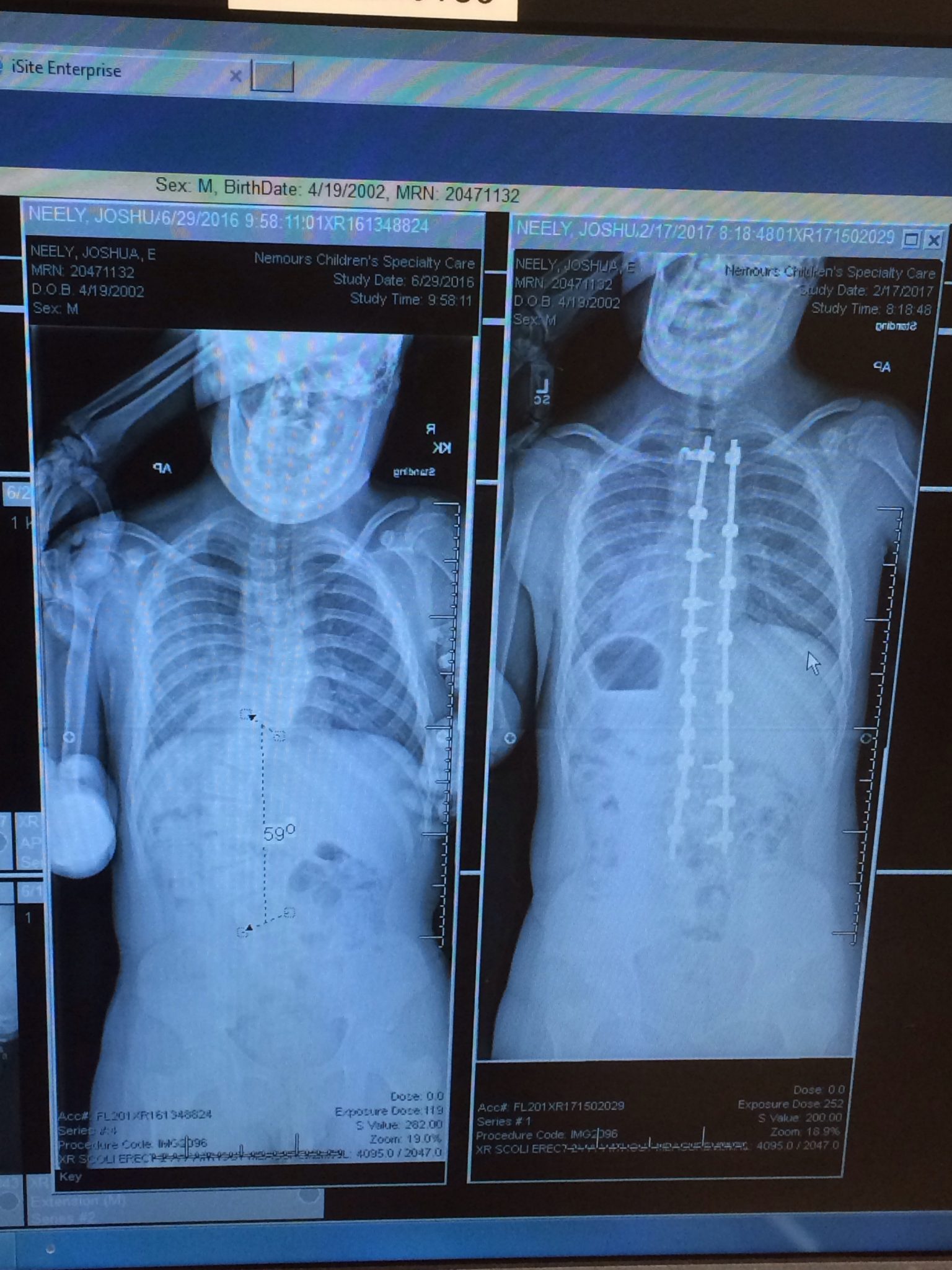 Two rods inserted to correct a just-shy of 60-degree curvature.

Surgery is generally recommended when the curve is around 50 degrees. Josh’s was was progressing rapidly – around five to ten degrees every six months – an indication that it would only continue to worsen.

Such a curvature would most likely cause pain and could press on his lungs, although it may have already been happening.

Such is life with a non-verbal kid who gets frequent lung infections and severe reflux, who acts out aggressively when in pain, creating a constant guessing game of what causes what and what how to fix it.

This severe reflux caused extreme esophageal inflammation and a stricture which caused him to regurgitate his food. He underwent three endoscopic surgeries, medication and nutritional counseling. He had to gain weight and strength. We  had to wait for his esophagus had to heal.

So over a year later from when he was originally scheduled to have the surgery, my husband and I once again turned our boy over to a gracious God’s care and a capable surgeon’s hands.

I would later question the decision.

The surgery went as well as it could have – except for a few moments of slight terror when the surgeon said he’d be finished then didn’t get to us until quite a bit later. While we were waiting Jerry said, “I hope this doesn’t mean there are any complications.”

We breathed again when the doctor gave us good news of successful surgery and I quickly forgot my husband’s words.

I reluctantly went home that night leaving him with his daddy and the amazing PICU staff, exhausted but relieved.
Until I received a call at 6:30 from my husband saying he developed fluid on his lung. I walked into a room full of nurses and staff and my son’s body protruded with tubes. 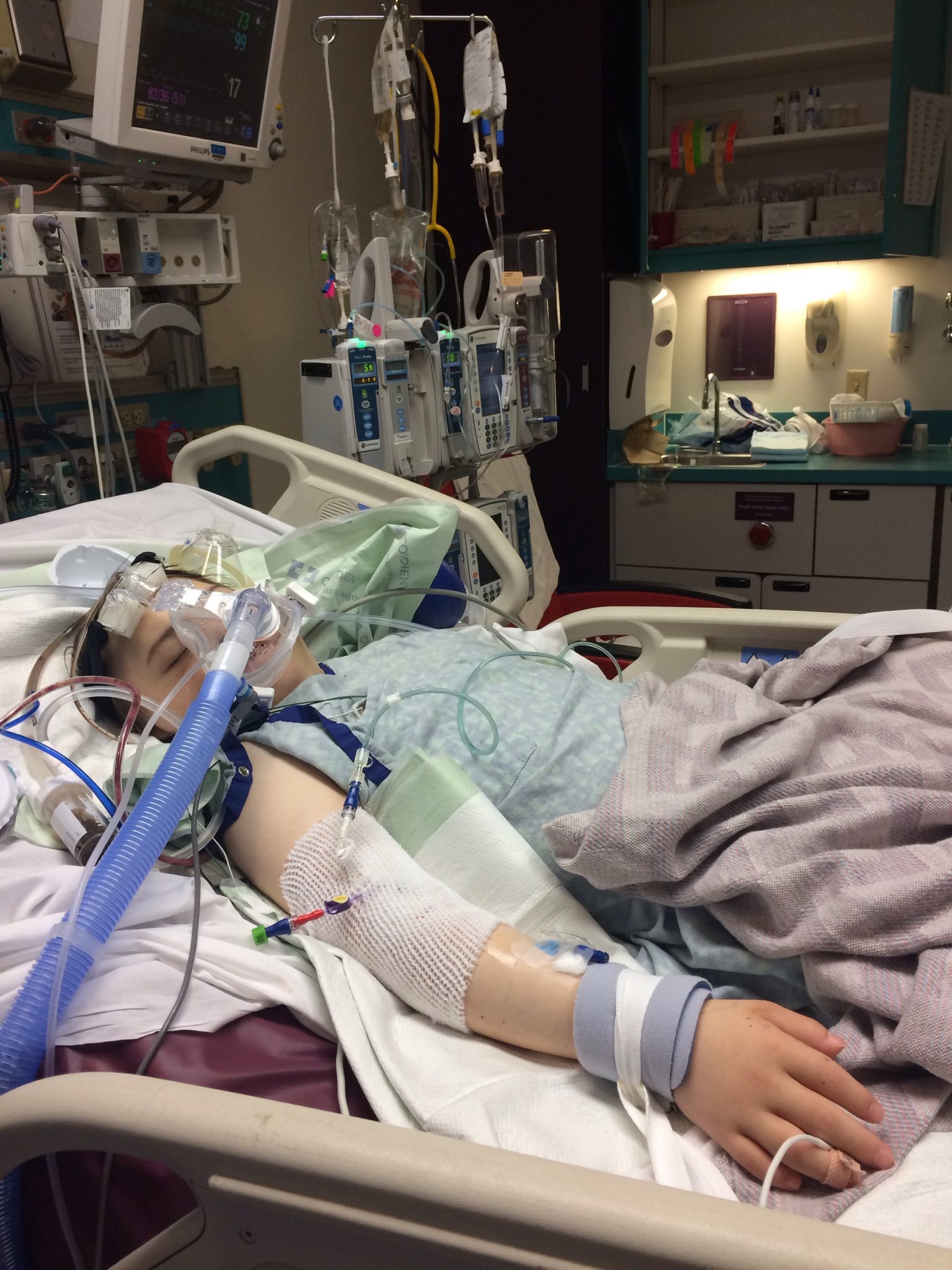 Bi-pap machines and GI tubes, catheters (one pulled out by his own feet), IV’s and PICC lines, soft restraints. Maintaining the balance of enough sedation to keep him still and out of pain vs. not too much for his blood pressure and O2 levels to go too low.

My sweet sister-in-law didn’t want me to post pictures of him while he was in the hospital. I really didn’t want to either. But  I took a pictures and texted them to her and others.

But even then, Jerry didn’t want pictures of him with all the tubes and how frail he looked. Back then, I wasn’t able to update like I do now and I wonder if that is better. Yet, I wish I had more pictures from then to look back on and realize the fragility of our humanness.

Looking back reminds me of how far we’ve come and that “this too shall pass” although sometimes things don’t pass how we anticipate or how we want.

The “normal” hospital stay of three to five days days stretched to twelve with most spent in the PICU. Jerry had to go back to work so we took shifts- I took days and he stayed nights.

I could set a watch by the time I began to get texts- precious friends who messaged, called, and visited.I felt prayers prayed from far off, and in that room.

I cried and prayed silently facing the wall as my sweet boy had tubes pushed in him and needles threaded through his veins. I watched his face plead with mine as he tried to lift his hands, restrained so he wouldn’t pull the tubes out. 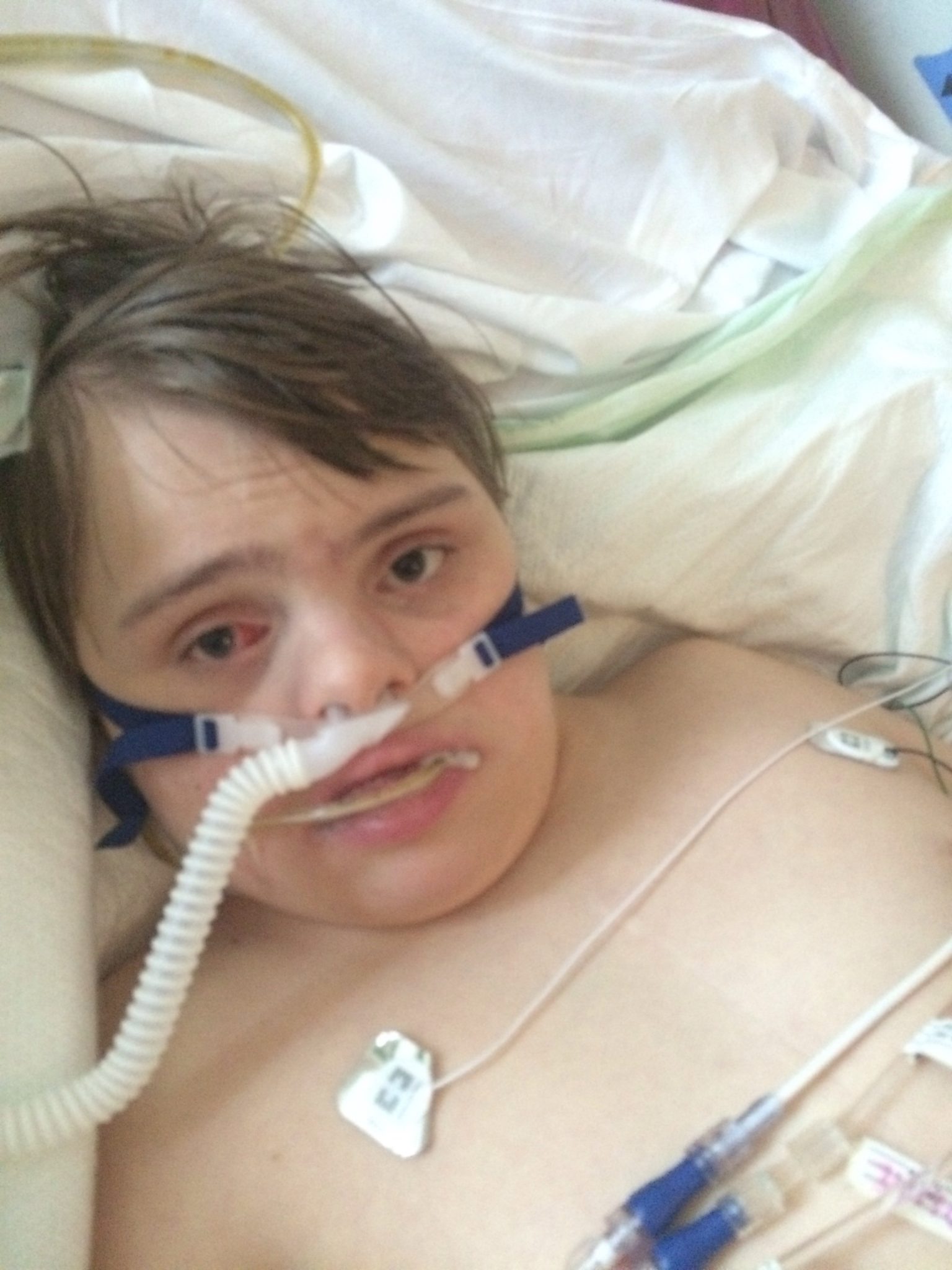 He broke my heart.

One day, I had to leave his room which they inserted a PICC line to administer meds, as his veins were all collapsed from so many IV’s. I went out to the veranda outside the PICU.

The warmth of the sun was welcoming, thawing the chill deep in my bones.”Why did we do this God? Why are we putting him through all of this? Is it worth it?”

The guilt plagued and questions gnawed.

But there was no turning back. I couldn’t let my mind go to the place of something happening to him and it would be our doing.

I knew God had him, but I really didn’t know how much.

One one day much later -as in a couple of weeks ago – I asked my good friend who is a NICU nurse at Wolsfon, when the doctors let you I know when it’s “bad”.

She said they don’t really say much until it’s really bad. And then I asked her, “How was Josh, really?

And she said, “The day after when I came to see him, I was worried.”

I wonder with Josh, how many times God just protects my mama’s heart – how many times He keeps me from “going there” because I generally don’t. I don’t know why- maybe I am naive and it hits me later.

As we face another round of dental procedures done at the hospital in the next couple of months, I remember a recent conversation about the risk of anytime one goes under anesthesia.

Josh has been under more times than I can count off-hand. I’ve said before all this doesn’t get easier, but it does get familiar.

I think I need to be be more concerned. More worried. If I’m honest, I feel guilty when I have peace. Resting feels wrong.

I’ve questioned myself over why we didn’t address Josh’s stomach issues earlier, chalking it up to stress over a new school, berated myself for not being as diligent about oral hygiene so that he doesn’t have to have all these dental procedures under anesthesia, the fact that I put my child “at risk” time and again.

One day during out hospital stay, one of the nurses who had worked for an orthopedic doctor previously asked if we wanted to know exactly what the surgery entailed. It was much more evasive than I imagined. At the same time, I was awestruck at how God designed out bodies to heal and regenerate.

Why the surgeon didn’t go more in-depth, I don’t know. Maybe because my husband already had to leave just hearing the basics If I knew everything, I may have run out screaming and saying, “No way!!”.

Should I have asked even more questions?

Am I not the diligent super-special-needs mom I should be?

I want to be the lionness-mom, but sometimes feel like the sheep who just trusts the doctors’ opinions and heed their advice.

I feel like I don’t believe enough for things others think I should believe for.

But finally, a smile. 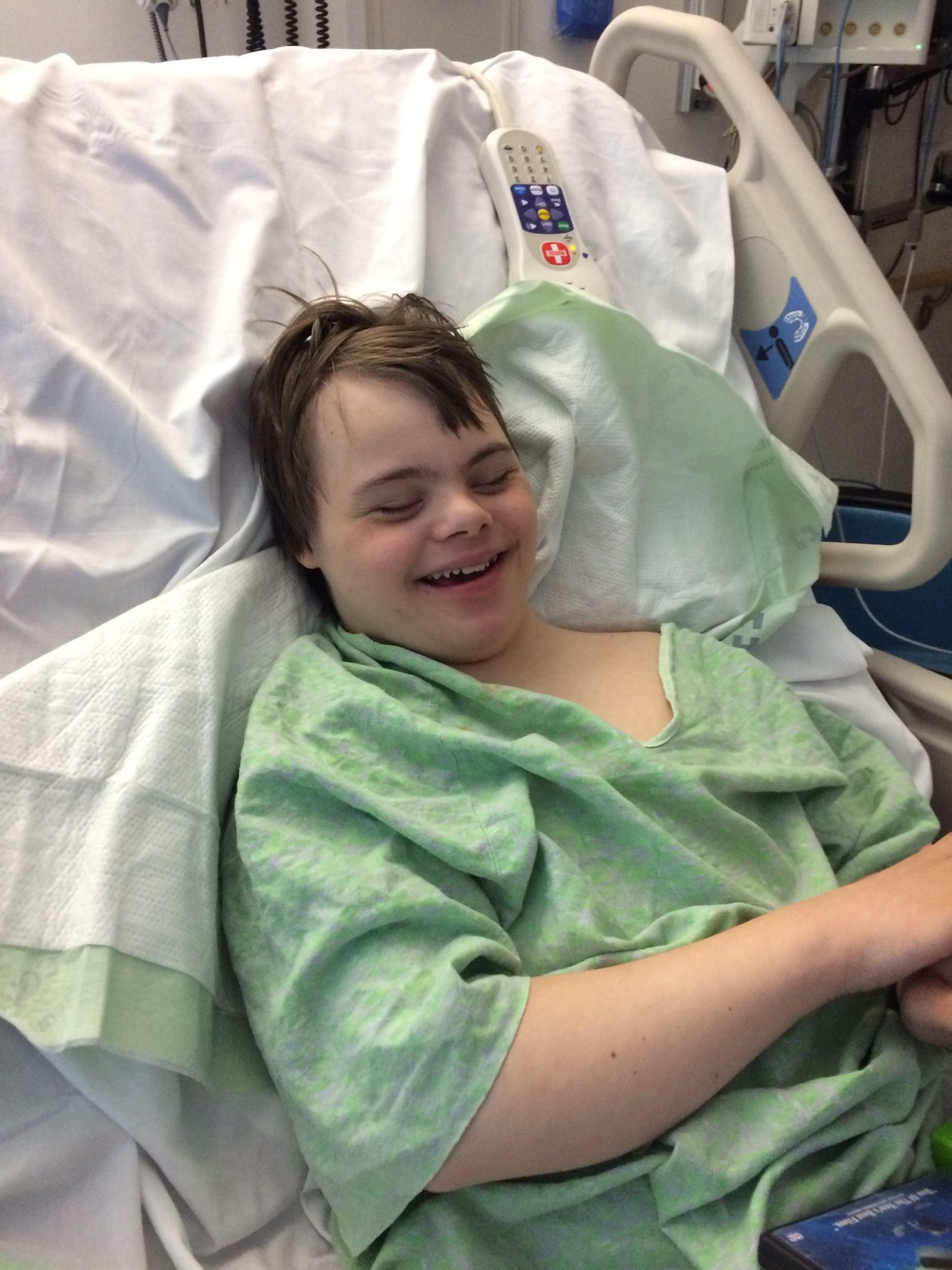 And now  Josh is back in school and doing all his normal Josh-things.

And we are going through different trial now. Looking back on all of it reminds me that there is the other side of the mountain that stands massive and seems immovable..

I know the mercy of my Father. But I struggle because I know many whose outcome was not the one prayed for. Is God still faithful?

We know He is because He cannot lie, but my fleshy feelings want to whine and throw a tantrum and yell, “It’s not fair!!!”

Why do some children go through a lifetime in a few short years? Why do some have to endure so much they don’t understand and yet can’t tell anyone how much it hurts or how scared they are or ask, “Why are they doing this to me?”

I don’t always need to know, but I always have to trust. 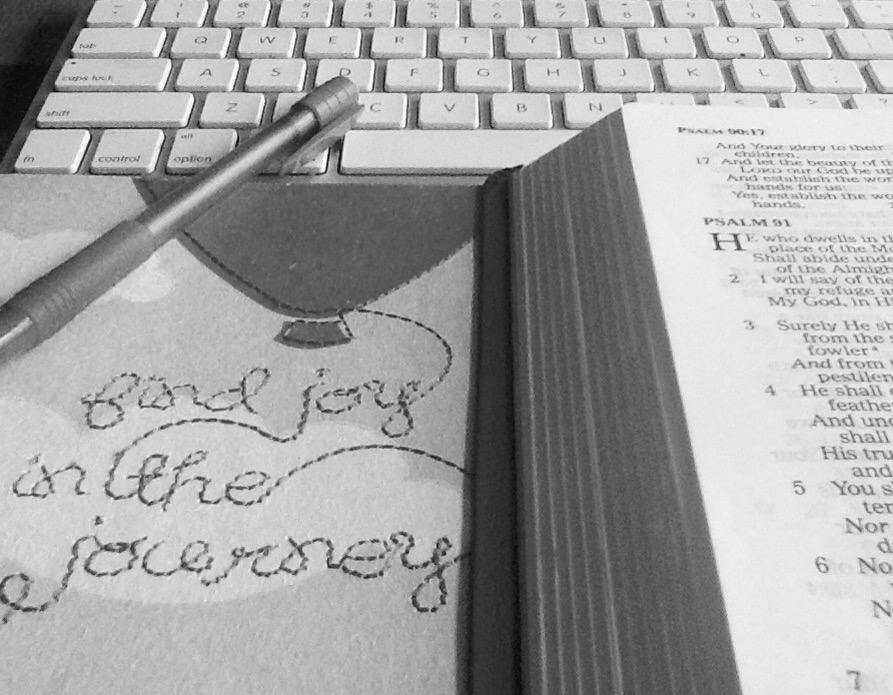 Finding joy in the journey…